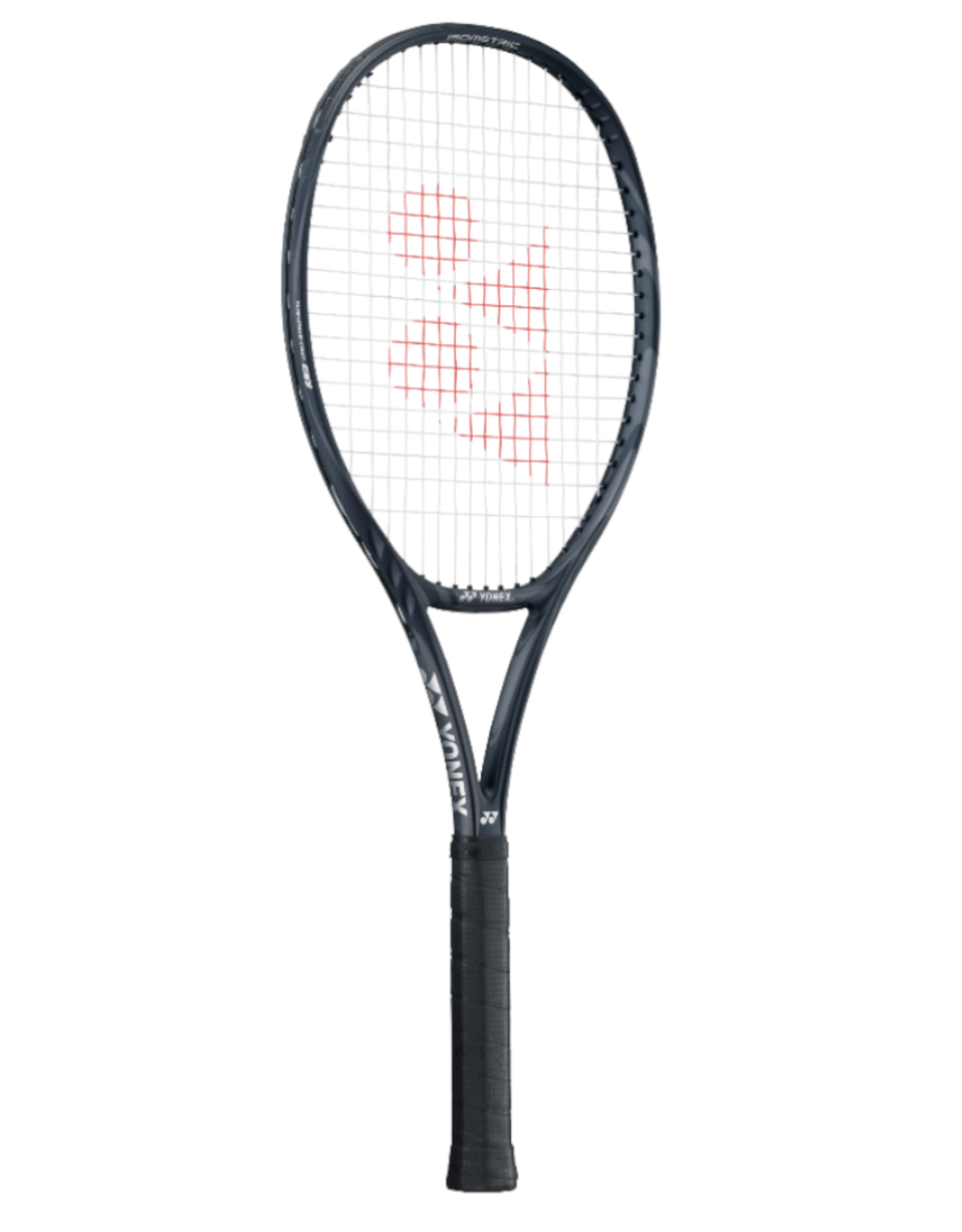 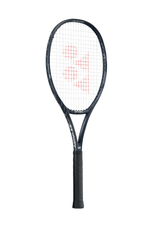 Now in a Galaxy Black cosmetic!! Vcore 98G (305g) updated the Vcore SV 98 with enhanced spin and racquet head speed. Weighing 10.8 ounces unstrung, this is a great option for intermediate and advanced players who want extreme spin yet maintaining control on fast strokes. Compared to the previous generation of Vcore, this one provides a more open and spin friendly string pattern to make spin even easier. Introduced in this model are updated/new technologies such as the expanded Aero Fin grooves to include not just the upper hoop but also the lower portion of the head. In addition, the Aero Trench grommet system that submerges the grommets to further reduce wind resistance along with the Aero Fin. The positive of these changes is to help with spin enhancement and increased racquet head acceleration. Namd, which is a uniquely flexible graphite material, is added to the frame which is designed to increase frame torque, ball pocketing and spin. Vcore 98G is very crisp upon ball contact, which resulted in a more stable feel than the VCORE 100. Final Thought: This has to be one of the best updates to a racquet family Yonex has done. The increased spin potential of the Vcore 98G is fantastic for any intermediate/advanced player who takes a big cut at the ball. "Demo today, buy tomorrow!"